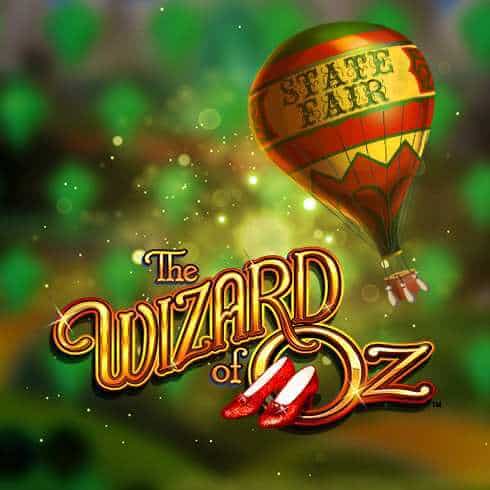 About Wizard of Oz

Follow the Yellow Brick Road when you play the wonderful Wizard of Oz slot game. This much-loved classic children’s book, adapted for stage and screen, has now finally entered the digital age in the form of an exciting casino slot game! The protagonist of The Wizard of Oz is of course Dorothy, the beautiful, ruby-slippered heroine, on her quest to meet the powerful Oz, together with the Tin Man, Scarecrow and the Cowardly Lion. Everything in the game is based on the classic story, from the original movie sound clips to the design and layout, quirky character reel symbols and some very creative and big-winning bonus features. The graphics in this game are also stunning and the gameplay is fast. It’s time to take Dorothy home…. if you think you’re up to it.

There are three special symbols in the Wizard of Oz: the Wild, the Jackpot and the Feature symbol (which is the Scatter). The Jackpot symbol is the most valued one in the game and will secure the player some big wins. The Wild symbol substitutes for all other symbols on the reels except for the FEATURE and JACKPOT. For example, if a player lands on a line which features Dorothy, Wild, Dorothy, Dorothy, then the wild will count as a Dorothy, which in turn awards the player a huge ‘5-of-a-kind’ reward.

The Wizard of Oz is crammed full of some really exciting and high-earning bonus features like the following:

This well-known witchy character will appear randomly during the game, darting across the reels on her broom. When this happens, players can expect some huge rewards - the good witch will award the player 5 Wild reels.

This fantastically fun feature is set off when a player lands Emerald City symbols on reels one, three and five. The player will then be able to choose between three closed symbols. Depending on which symbol the player goes for, they will be rewarded richly - with up to x25 times their total bet amount.

When a player lands a Winged Monkey (the free spins feature in the game), they’ll be rewarded with 8 free spins. During these spins, entire reels change and Wilds appear on them. This may then trigger the Winged Monkey Wild Feature in which monkeys will fly across the screen, turning multiple reel symbols wild, which means the player gets more winning combinations and payouts!

This feature is probably The Wizard of Oz’s best by far. It’s both an exciting and high-earning feature. When it is triggered, the player will stand before the Emerald City gates and is then requested to choose between four different gold charms. Depending on which charm the player goes for, one of the other bonus features in the game will be triggered. During this feature, the player can win up to x1,500 times their original line bet.