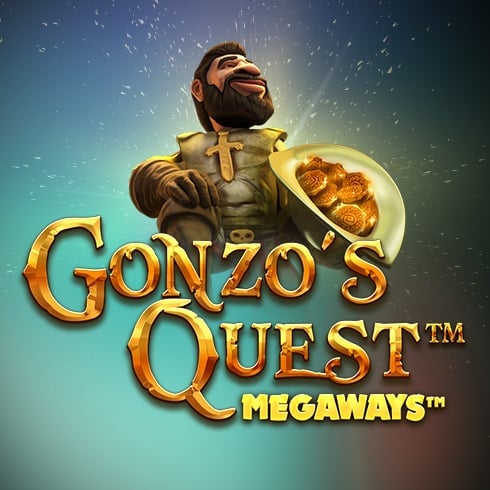 If you're a regular gambler, you may have heard the name Gonzo's Guest pop up before. The original title was launched by NetEnt back in 2011 and has since become one of their most popular titles. With this popularity in mind, it's no surprise that NetEnt has given this classic slot a Megaways makeover. The developer has transformed the iconic title into one of the best Megaways slots we've seen to date. Expect to see Avalanche reels, an Earthquake feature and a potentially lucrative Free Spins round. Want to know more about this NetEnt title and its features? We don't blame you! Keep reading to explore Gonzo's Quest Megaways slot in more detail.

If you've played Megaways titles before, you'll have no problem getting to grips with Gonzo's Quest Megaways slot. Once the slot has opened up, the first thing to do is set your wager via the stake button beneath the reels. Depending on your preference, you can bet low or high on this game, making it suitable for gamblers of all budgets. Once you're happy with your bet size, that's it! All that's left to do is hit Spin to set the reels in motion.

Gonzo's Quest Megaways slot is packed with bonus features to keep both new and existing players entertained. First up, you've got the Wild symbol which takes the form of a question mark. This symbol serves as the Unbreakable Wild and can only appear twice on a single spin – once on the first three reels and once on the second.

Next up you've got the Avalanche feature or the Cascades. This appears throughout the base game and the Free Spins round, so there's plenty of opportunities to use it! Every time you form a winning combination, the feature is activated, and the winning symbols are removed from the reels. New symbols then drop in from the top to fill the space. As a result, you can form multiple winning combinations from your initial spin, helping you to get more bang for your buck. Better still, the Avalanche feature comes with multipliers - after every consecutive cascade, the multiplier increases by 1x to boost your final payout.

Gonzo's Quest Megaways slot also benefits from an Earthquake feature. Triggered on any random spin, this feature removes all low-value icons from the reels and high-value symbols drop in to replace them.

Last, but certainly not least, you've got the Free Spins feature. To activate the round, you need to land at least three Sun Disk Scatters anywhere on the grid. When you do, you'll trigger the feature and be awarded Free Spins based on the number of Scatters. Before playing the Free Spins round, you can decide if you want to play with your allotted number of spins or gamble them on the Royal Wheel for a shot at winning more – the choice is all yours.

With a Mayan temple behind the reels, the graphics and animations here are similar to the original game. As you watch the symbols whizz past, you'll see Gonzo himself perched on the left-hand side of the screen. He springs to life whenever you form a winning combo, performing various dance routines including the moonwalk. As you watch him show off his moves, you'll hear celebratory sound effects play out in the background to celebrate your win.

Symbols in Gonzo's Quest Megaways slot include low-value animals painted on stone slabs. You'll see snakes, birds, fish and alligators and also a variety of Mayan masks as the high payers. The Mask with the health symbol is the most rewarding, paying 1, 2, 5 or 15x your total stake for landing 3, 4, 5 or 6 in combination. The Question Mark symbol is the Wild here, which can appear twice on any single spin.

New to Gonzo's Quest Megaways slot? You might be tempted to trial the game in demo mode before playing for real money. There's nothing wrong with this but remember that anything you win during free play mode isn't really yours. If you hit the jackpot, you'll have to deal with the disappointment of walking away with nothing! To avoid this, play the full version of Gonzo's Quest Megaways slot.

Looking for a fun but straightforward slot? Gonzo's Quest Megaways slot is the one for you. Sign up at NetBet today using your mobile, tablet or PC. If you're a fan of Megaways slot machines, check out other NetBet top slots such as Majestic Megaways, Monopoly Megaways, Aztec Gold Megaways and many more!