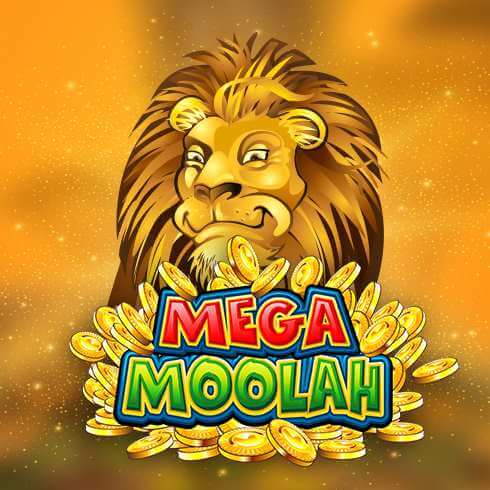 Mega Moolah is the undisputed King of progressive jackpot slots, renowned in the online casino world for being one of the most original, exciting and high-paying slots out there. And it isn’t hard to see why, with excellent gameplay and huge winnings on offer. The slot is brought to you by Games Global, a leading and trusted games provider - and they haven’t disappointed with this mega slot.

The layout and design of Mega Moolah is almost as impressive as its massive jackpot sums. The setting is a stunning African safari, with graphics so lifelike players will feel as if they’ve stepped onto the set of The Lion King. Together with slot symbols 10, J, Q, K and A, Mega Moolah features some fantastic animal character reel symbols including an ibis, a giraffe, a zebra, a buffalo, an elephant and a majestic lion. Couple this with an immersive soundtrack and some very realistic wild animal sounds, and you’ve got one fantastic slot game on your hands.

How the Mega Moolah Jackpots Work

There are a total of four jackpots in Mega Moolah: Mini, Minor, Mega and Major. All the jackpots are progressive, meaning that the value increases every single time a player makes his wager and spins. As Mega Moolah is such a widely played, popular slot, you can imagine how high these payouts will be. The Mega jackpot has a minimum payout of no less than one million Pounds (sterling) guaranteed. The jackpots are secured, guaranteed and 100% fair, as the game is based on random number generator (RNG), which guarantees all players have an equal opportunity to win, but of course, the higher you bet, the greater your winning chances.

The lion symbol wild in every way possible in Mega Moolah. He reigns supreme over the reels, substituting for all other reel symbols (except for the monkey scatter icon), creating more winning paylines on the reels so the player can win more coins! Another Wild symbol is the crazy red-haired creature, which also double up as scatter symbols, increasing winning chances even further!

Players will want to trigger Mega Moolah’s Wild Lion big-winning bonus feature. The free spins bonus is triggered by landing three, four or five scatter symbols on the reels in standard gameplay. If player is lucky enough to get this, the rewards will be huge - the player will be rewarded with fifteen free spins. Additionally, any wins in this period will be tripled!

To help players on their way to the multi-million Mega Moolah jackpot, the game offers a Bonus Wheel feature. This will be triggered at random during gameplay. When the wheel appears on screen, players must click on “Stop” and wait for the spinning to slow down. When it finally stops, the wheel will hopefully land one of the jackpot prizes, or one of the local jackpots as described above (Mini, Minor or Major). There’s a reason Mega Moolah is known the “Millionaire Maker” - this is an absolute must-play for all slot fans.