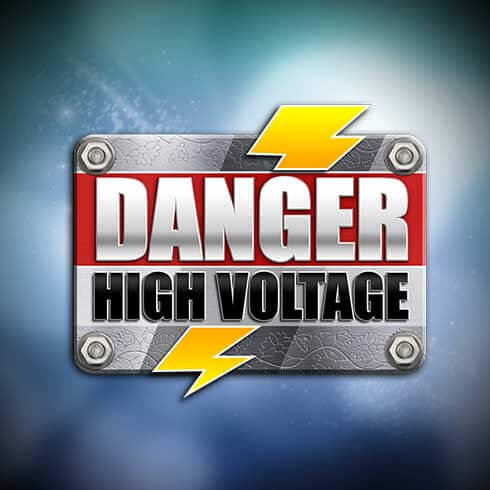 Danger High Voltage slot game introduced by Big Time Gaming has the theme of the band Electric Six, which existed between 2001 to 2004. The name of the game is actually taken from the band’s biggest hit song known as Danger! High Voltage which entertains a player while he is busy at the reels. The reels are populated by A Day of the Dead Skull, Ace-through nine playing cards symbols, a bell, a taco and disco ball.

Danger High Voltage slot game introduced by Big Time Gaming has the theme of the band Electric Six, which existed between 2001 to 2004. The name of the game is actually taken from the band’s biggest hit song known as Danger! High Voltage which entertains a player while he is busy at the reels.

The reels are populated by A Day of the Dead Skull, Ace-through nine playing cards symbols, a bell, a taco and disco ball. Although the game’s symbols and make-up may not make sense to you until you listen to the lyrics of the Danger! High Voltage track, it still very entertaining and offers a lot of possibilities on the dance floor.

The background screen of the game is full of colour-changing flashing lasers and disco lights complete with an electronic soundtrack. Big Time Gaming have also embedded an amazing 4,096 paylines within the Danger! High Voltage game which can boost an RTP of 95.67% with winning combinations featuring from the left to the right adjacent symbols.

This game is playable on all devices including desktops, tablets, iPad, iPhone or any other mobile device; it doesn’t matter which device you choose as you’ll get loads of fun out of Danger! High Voltage slot on desktop, tablet or mobile.

Danger! High Voltage Slot: How to Place a Bet

Big Time Gaming created this video slot game with ease of play in mind, just get started and you will be easily engrossed in the gameplay. There is a wide betting scope so players at all levels can get involved in the fun.

You can also choose whether or not to make use of the Autoplay function which gives a choice between five to 100 spins. Autoplay can also be employed in setting a loss limit which halts the game when you reach a predetermined limit.

On the other hand, if you believe that your budget can carry you, just go ahead and set the Autoplay on unlimited. Autoplay also offers you the option of setting a single win limit; this goes to halt the gameplay once a specific prize is hit.

Wild Electricity and Wildfire are the full reels, they make appearances on reels two and five, substituting for every other symbol with the exception of the Scatter. It is expected that your chances of forming winning combinations should be increased by the presence of full-reel Wilds; Danger! High Voltage Wild Electricity multiplies your wins by 6x when they substitute on a winning payline.

The last symbol on the line is the Hearts Desire Feature Selection symbol; you will be exposed to a choice of two diverse additional spin bonuses when you are lucky enough to land three Scatters or more. The choice is between Gates of Hell and Higher Voltage extra spins which work in different ways but with a guarantee of great bonus pay-outs.

During the seven rounds, the Gates of Hell extra spins bestows a grant of seven spins causing the random exposure of one of the game symbols as a Sticky Wild. The Wild that has been chosen will substitute for every symbol at the execution of the extra spins, but its stickiness will only be viable on reels two to five.

Besides, you are eligible for another three additional spins with each reel with four Sticky Wilds which enhances your chances of more wins. A total of 15 spins are awarded by the High Voltage extra spins feature, even though the Wild may make an appearance on reels two to five, the bonus rounds might be completed without its presence.

Except for the Scatter, the Wild substitutes for all the symbols and when it is landed, it goes on to multiply the wins that are adjacent between eleven times and sixteen times. 15 extra spins will be yours when luck leads you to land the additional three Scatters at extra spins.

The game providers have a unique style of their own and they are not averse to toeing the line of some unfamiliar paths in the creation of original titles like Danger! High Voltage.

It’s important to note that the symbols that dish out the highest pay-out is the heart tattoo symbol, the golden bells, the disco ball, the colourful skull and the tacos constitute the medium paying symbols. Danger! High Voltage has no local and progressive jackpot; however, a player can expect some maximum wins here with the game’s super high variance.

You can scoop up to 20,000x your bet or an astounding 102,400 coins. In conclusion, there’s everything to play for with this